Awareness for Alzheimer’s and Support from Aqua Home Care

Alzheimer’s disease is the most common form of dementia, and it continues to be diagnosed in hundreds of thousands of individuals each year. Classified as a neurodegenerative disease, Alzheimer’s affects the areas of the brain responsible for thought-processing, behavior and memory. It reduces the neuron’s ability to carry messages to different parts of the brain, and when the neurons that carry these messages are unable to send important signals, daily independent living becomes increasingly difficult. Since Alzheimer’s is a progressive disease, one’s ability to recall information, communicate effectively and complete routine tasks worsens over time. Symptoms more typically arise in older adulthood, though a smaller percentage of the population experiences its affects as early as their forties and fifties. The everyday lives of individuals living with Alzheimer’s are profoundly affected with physical, emotional and cognitive impacts.

Many families seek a helping hand when caring for a loved one living with Alzheimer’s. Aqua Home Care is a company committed to matching those in need of support with the quality care they need right in the comfort of their own homes, and we have helped many individuals and their families affected by Alzheimer’s over the years . With experience, compassion and dedication, trusted providers from our registry go above and beyond to bring the quality in-home care services their clients need and deserve. When a loved one is displaying warning signs of Alzheimer’s, consulting with a medical professional is imperative. Early indications include:

If someone you love is displaying any of these signs, please seek medical care right away. A doctor will be able to review medical history and symptoms, run tests for underlying conditions and conduct assessments for Alzheimer’s. It can be deeply concerning watching a loved one exhibit these symptoms, as well as very frightening for the person experiencing them. While there is currently no known cure for Alzheimer’s, medications and strategies can help with managing symptoms. Should you be seeking in-home care for a loved one diagnosed with Alzheimer’s, our Aqua Home Care team is here to help with trusted support, quality service and compassionate care. 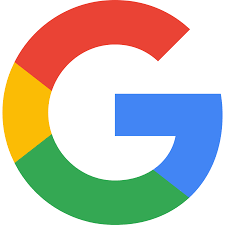 Aqua Home Care employs great office staff whom are very responsive.
I had a great experience.

All Testimonials
Learn More About Aqua
Ask the CEO a question

We are interested in hearing from patients and their families to improve our home health care mission.